Are you looking for one-on-one tutoring or considering a homeschool co‑op “learning pod”? Email info@greermeistergroup.com for more information.
« Back to Articles

In this series, we explore ways to provide our youngest learners with a strong foundation in literacy and numeracy before they go to school.

In part one, we looked at the first steps that any family can take to foster literacy from birth. Now, let’s take a look at four activities that encourage literacy in toddlers and preschoolers ages 12 months to 5 years. 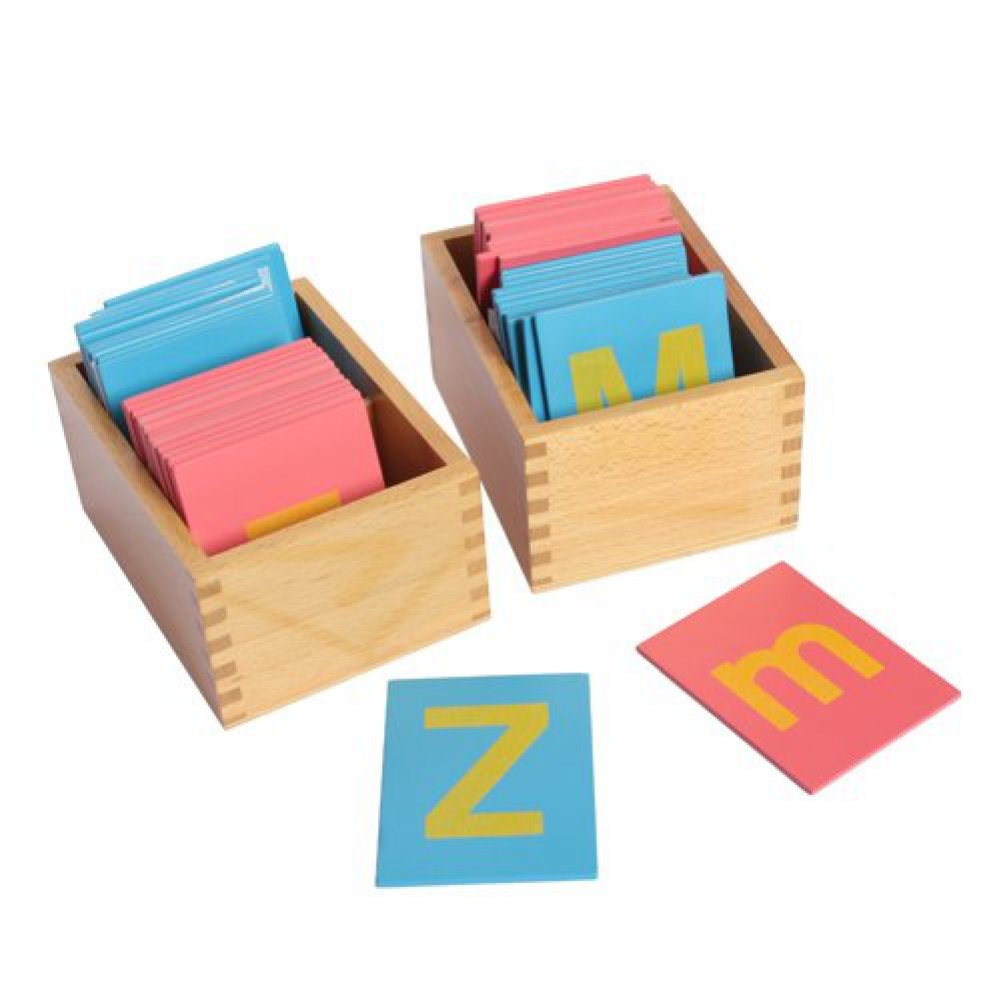 Kids are drawn to the bright colors and engaging texture on these cards. By seeing, hearing, and touching, they’re using multiple senses to absorb the new information. The more senses we engage, the better we learn.

In the beginning, my son loved to dump all of the cards out of the box and re-insert them one at a time. That might not have looked liked a pre-reading activity, but it was! He was enjoying the material, he was seeing and feeling the shapes of the letters and numbers, and he was developing ownership over it in his own, age-appropriate way.

I encouraged him to begin to associate the letter symbols with their sounds (also called phonemes) by making the sound of each letter as we returned it to the box. I didn’t mind whether my son knew that the name of the B was said like the word “bee,” but I knew that it was going to help him read to know that it made the sound /b/ as in bug, burrito, or ball, so I began by demonstrating the sounds.

When modeling consonant letter sounds, be mindful not to unintentionally attach a vowel sound to the consonants. For example, B sounds like /b/ not /buh/. /Buh/ would be made by the letters BU together, so if you teach that B says /buh/, you’ll have a confused kid when you go to sound out a word like “but,” and he wants to sound it out as /buh-uh-t/.

When first introducing your child to vowels, begin with their short sounds:

There are so many other fun activities that you can try with the sandpaper letters!

You can make your own sandpaper letters and numerals, or you can purchase them pre-made. Here are some resources to help you find what will work best for your family: Once my son had the manual dexterity to squeeze and place a clothespin, I invested a few dollars in clothespins and a permanent marker, and we had a whole new group of activities!

You can start by making a set of clothespins for the alphabet. Each clothespin will have one letter written on it. There are so many fun uses for your clothespins!

We’ll talk more about quantity and encouraging one-to-one correspondence in part three of our Foundations By Five series. Stay tuned!

My son loved this activity. It kept him occupied for hours. We had a ton of fun making the alphabet box together, more fun finding objects to fill it, and even more fun getting packages from friends and relatives. 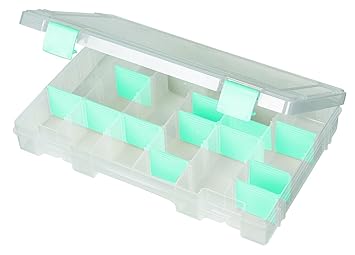 Start with a multi-compartment craft box, like this one. If you prefer, you can also use a set of small drawers, such as the one shown here.

Next, use alphabet stickers or permanent marker to label each compartment for one letter of the alphabet. My son loved applying the stickers. We took the opportunity to model the sounds that the letters make and to match uppercase and lowercase versions of the same letter as we decorated the box. Here is an example of what your alphabet box could look like once it’s labeled: 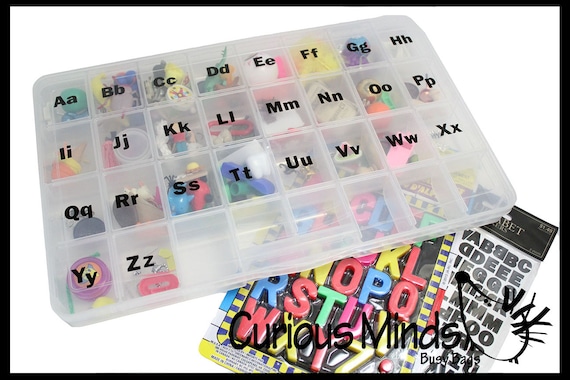 Once your box is ready, go on a treasure hunt for objects that begin with each letter and are small enough to fit into the compartments.

Treasure hunting in our home, around our neighborhood, and getting surprise packages in the mail entertained my son for months. Even once his alphabet box was full, my son would play for hours by dumping out the items and resorting them into the correct compartments. All the while, he was learning to read by connecting the letter symbols to the sounds that they make and words with the objects that they represent.

A note about safety: If your child is still putting things in her mouth, and you’re using items that are small enough to be a choking hazard, you may want to wait to introduce an alphabet box or only use it while your child is closely supervised by an adult.

I Spy is a great game for fostering early reading skills! It helps develop phonemic awareness, which is your child’s ability to hear and identify the sounds made by different letters.

You can play I Spy anywhere. Just look around, choose an object that you and your child can both see, and say, “I spy something that begins with _________.” (Fill in the blank with the first sound of the object you’ve spotted.)

When you’re at home, there is another great version of I Spy that you can play using your sandpaper letters and the objects from your alphabet box or elsewhere from around your home:

You can find an example of this game in action here. Work collaboratively or take turns, depending on your child’s skill level.

These four activities, which a parent or caregiver can do in just five minutes per day, will encourage your youngest learners as they explore and develop early reading and numeracy skills. If you have more than five minutes, great! The most important step is to start in any way that works for your family.

Stay tuned for part three of our Foundations By Five series. We’ll share stress-free ways to introduce your child to one-to-one correspondence that will build a strong mathematical foundation before she goes to school.

Overcoming frustration in education since 2008

Join our community
to receive news and updates